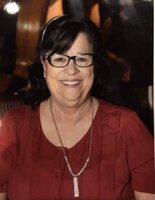 Celebration of Life Sissy Masters Chunn (Ethel Earline) was born on April 2, 1951, in Jonesville, Louisiana to Blanche Estella Ivey and Johnnie Oca Masters. She was the youngest and only baby girl of 5 children, and she was quickly dubbed with the nickname “Sissy” which is ironic because she was far from being a Sissy. This nickname continued with her throughout her life and soon became the only name family and friends referred to as. Sissy was a wife, mother, grandmother, aunt, cousin, and friend. She was truly one of kind. She instilled strong family values within her 3 daughters which carried out to her grandchildren. She believed that FAMILY always should come first. She loved her family, friends, and life to the fullest. She was super fierce and never backed down to anyone or anything. Anyone that met or knew her loved her strong personality, her willingness to help others, her kind heart, as well as her tough attitude. She was a force to be reckon with. She attended Bastrop Beauty School and soon after got her license as a Beautician. Shortly thereafter she opened a small beauty shop within the family home which afforded her the opportunity to spend as much time with her children as possible. Her girls became active in softball and on most nights, you would find her and the other “hardcore” softball moms at their designated seats, which was right behind home plate. As you can imagine with that fierce personality and “tough” attitude she didn’t cut any slack to those umpires. You can rest assure there were several nights she almost got thrown out of the ballpark. The softball life, softball parents and softball players soon became her extended family. Her love for her family and friends far extended the ballpark. Many weekends her home was open to her children and their friends. There were many nights a card table would be sat up in the living room home and would be surrounded by teenagers. She would be right there playing cards, board games, and wahoo (family game) with her friends, her children, and her children’s friends. She always believed in having an open home and making everyone feel welcomed and was noted as a “Second Mom” in many instances. She loved going on road trips and spending as much time with her husband, daughters, grandchildren and great grandchildren as much as possible. There were many instances where everyone would just pile up in one room. Sissy passed away peacefully at her home on Saturday, August 28, 2021 at the age of 70. She is preceded in death by her father, Johnnie Oca Masters; mother Blanche Jones; Step-Dad, Bob Jones; brothers Johnny Masters, Charles Masters and David Masters. Sissy is survived by her husband of 53 years, Gary McLane Chunn, her three daughters, Christy Chunn Rea and Husband Jason; Alana Chunn Anderson and Husband Brian; and Bridget Chunn; her brother, Wain Masters and wife Gayle; her grandchildren, Christopher Wallace and wife Nikki; Myranda Lancaster and husband Cody; Kolbie Joiner; Brittany Anderson, Ethan Chunn and Ty Anderson; plus great grandchildren Laycee, Kaitlyn, JC, Remi, Ada Jane, Luke, Rylan, Ashlee, Margaret, and Kyle and her many nephews and nieces. A celebration of life fellowship will be held Saturday, September 11, 2021, from 2 PM - 5 PM at Harmony Baptist Church - 7597 Collinston Rd, Bastrop, LA 71220.