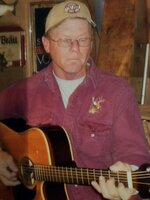 Funeral services for Marvin Ray “Bubba” Borden will be scheduled at a later date. Mr. Borden, a resident of Bastrop, LA, passed away Monday, October 17, 2022, at the age of fifty-eight. He was a loving father, grandfather, brother, uncle, and friend. He will be missed dearly by all those who knew him. Mr. Borden is survived by his children, Early Ray Borden and family, and Heather King and family; sister, Terri Simpson and husband, Bill; brother, Steve Borden; and numerous nieces and nephews. He is preceded in death by his parents, Martin P. Borden, Jr. and Neoma E. Ruff; and grandson, Charlie Prentiss Borden.