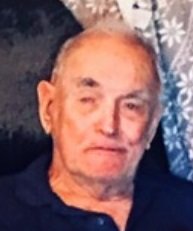 Mr. Jack Elbert Brennon, Sr. passed away Monday, September 23, 2019, at the age of eighty-four. He was a resident of Ouachita Parish, LA, and a retiree of the construction industry. Mr. Brennon was a loving husband, father, grandfather, brother, and friend. He enjoyed taking care of his family and taking them on fishing and camping trips. Mr. Brennon loved all of his pets, especially his pride & joy, Tuco, and was known as “Mr. Fix It” to his baby girl. He will be greatly missed by all those who had the pleasuring of knowing him.

Share Your Memory of
Jack Elbert
Upload Your Memory View All Memories
Be the first to upload a memory!