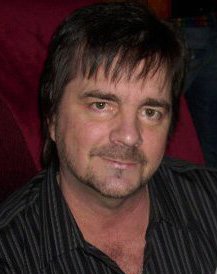 Timothy Edward Smith died at his home in Sterlington, October 6, 2019. Born April 23, 1960 to Patsy (Philley) and Harold Smith, he was known as “Timmy” to his big extended family and as “Tiger” to his many friends. Timmy was preceded in death by his father and is survived by his mother and two sisters, Kala Brooks (Kelly), and Amy Moses (David). He is also survived by five beloved nieces and nephews. Nephews are Benji Rowe (Ricci), Chandler Moses and Lucas Moses. Nieces are Rikki Rowe and Randi Auger (Sean) as well as four grandnieces and a host of uncles, aunts, and cousins. He will be missed, especially, by his many cousins and close friends for his love of fun, his sense of humor, and what his grandfather once called, “A nickel’s worth of devilment”.

Timmy graduated from Sterlington High School and worked in construction for many years before becoming disabled with rheumatoid arthritis. He has now joined his dad in heaven.

Funeral Services will be held at 2:00 PM Saturday, October 12 at Golden Funeral Home with his uncle, John Russ officiating. Interment will follow in Memorial Park Cemetery, Bastrop, LA. Visitation will be held Saturday from 1:00 until 2:00, service time.

Share Your Memory of
Timothy Edward
Upload Your Memory View All Memories
Be the first to upload a memory!