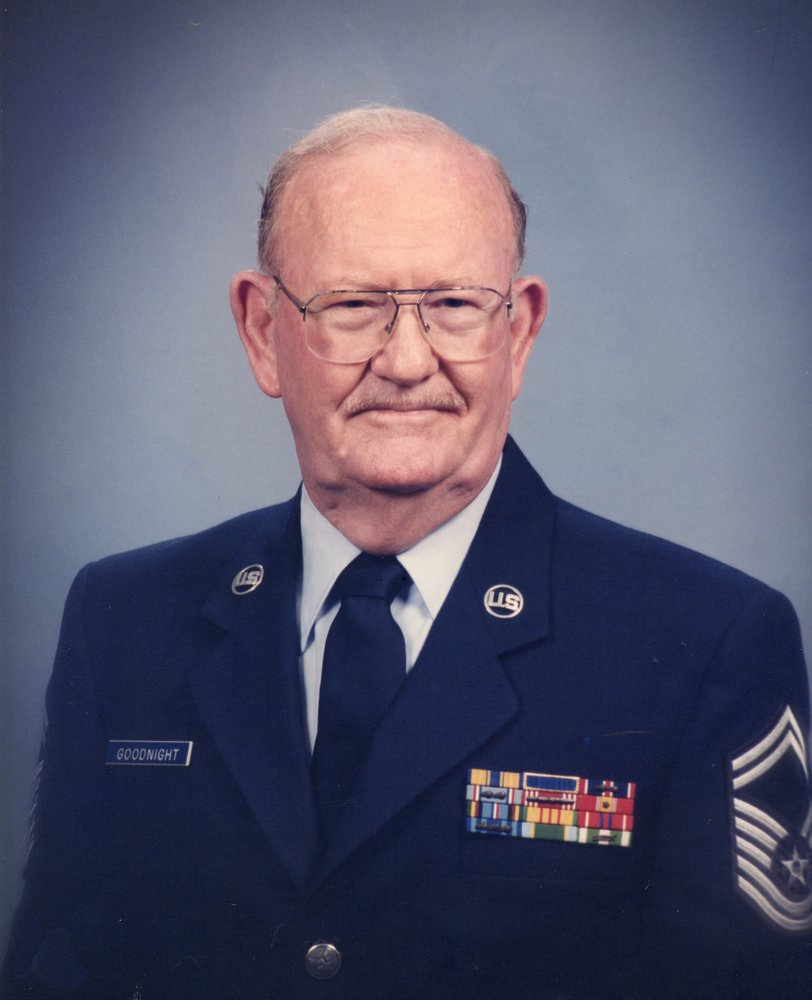 William “Bill” Houston Goodnight, age 87, was called to his heavenly home on August 30, 2019.  Funeral services are scheduled for 2:00 PM, Tuesday, September 3, 2019, in the chapel of Golden Funeral Home, with Bro. Jim Ingram officiating.  Interment will follow in Memorial Park Cemetery.  Visitation will precede the service beginning at 1:00 PM

Bill served 22 years in the Air Force during the Korean Conflict and Vietnam War. During his service, he completed his Bachelor Degree in Education. He retired from service as a Chief Master Sergeant and went on to work in Air Traffic Control for the Federal Aviation Administration for 18 years. Bill then completed a Master Degree plus 30 in Education from the University of Oklahoma.

Bill was proud of his service to his country, but he was most proud of his service to the Kingdom. He was an active member of every church he attended throughout his travels in military service and after. He taught Sunday School for a total of 44 years across different churches. Most recently, he was a member of First Baptist Church of Bastrop, teaching Sunday school, serving as a Deacon, and gladly serving in any other way he was called.

The family would like to thank Dr. Joe Byron Henry and Ascend Hospice Care for their special love and care for Bill.

Share Your Memory of
William "Bill"
Upload Your Memory View All Memories
Be the first to upload a memory!